I spent the last two weeks (approximately) in Colorado, visiting North Park among other unique and out-of-the-way spots. I searched for plates, and I’m pleased with the direction the museum has gone. I’m here to post a highlight reel of my favorite Jackson County finds from my trip. I love everything I got, but these actually reshaped my museum in some way. Thanks to everyone I met for making this a fantastic vacation! 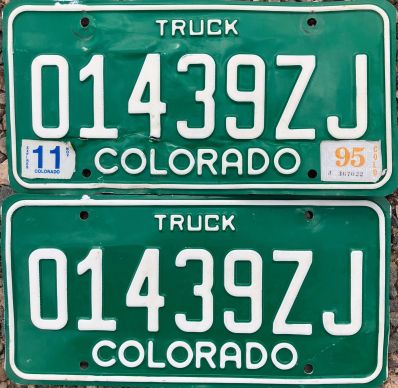 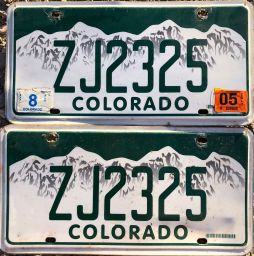 ZJ2325: Rick Cornelison (Walden, CO). In the early 2000s, “greenies” in rougher shape were pulled off the road, but in the first few years of the new century, the state of Colorado gave motorists with these old plates the option to have them remade on the current vanity base should they wish to keep their numbers. You’ll notice that on the standard 77-00 passenger page, ZJ-2326 (green plate, one number higher) is displayed. This is the only such remade Jackson set I’ve seen in use or otherwise. 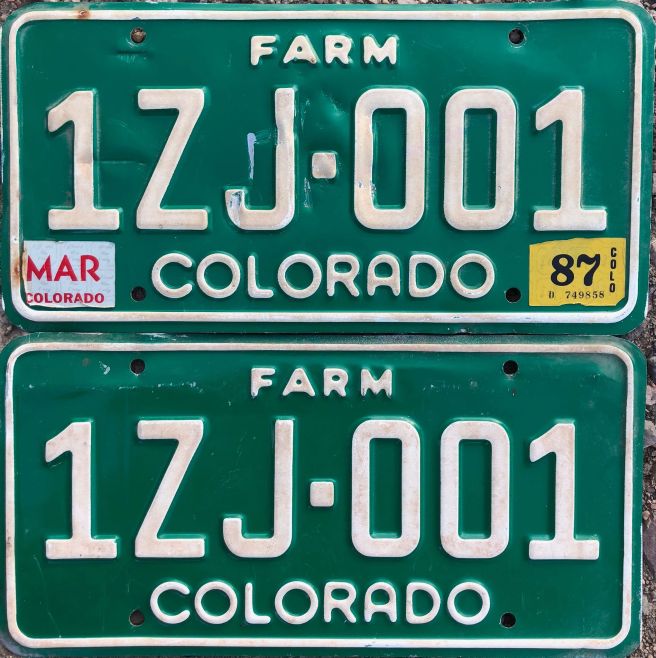